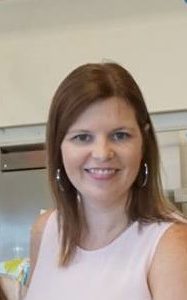 Jeremie Ayala graduated from the University of Central Florida in 2002 with a Bachelor’s degree in Legal Studies. Jeremie started her legal career in 2001 when she began working for Hernan Castro the
Program Attorney for the Department of Revenue Child Support Enforcement office. Over the course of her time there, Jeremie was promoted to Legal Secretary and then later to Paralegal/Office Manager. After working with Mr. Castro for almost 10 years, Jeremie decided it was time to expand her legal career. She currently works with Bachand & Bachand, PA handling family law cases – which is her passion.

Jeremie joined the Paralegal Association of Florida in 2013, and became interested in participating with Committees shortly thereafter. Jeremie started as the Fundraising Committee Chair, then moved on to the Chapter’s Second Vice-President, and is now the current Chapter President.

Jeremie has been married to her husband for 15 years. They have 2 fur babies, Dallas & Chloe, who are the most spoiled Pugs ever. They love to work on their house, ride their motorcycles, scuba diving, and taking vacations together. 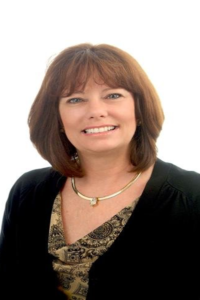 Kathrine Reimann is currently the Second Vice-President of the Brevard Chapter of the Paralegal Association of Florida.

Kathy started her paralegal career in North Carolina as a real estate closing and title search paralegal 17 years ago. She moved to Melbourne in 2003 and worked for the law firm of Dean Mead for 5 years. In 2011, she changed her area of law to employment litigation and has been with the law firm of Ford & Harrison, LLP for the past 5 years. Kathy will graduate from UCF with a bachelor’s degree in Legal Studies in December and looks forward to ending her dual role of paralegal and student.

“Joining the Brevard Chapter of the Paralegal Association has been a rewarding and exciting time for me. I enjoy all the new friends I have made and participating in the social and professional events that are offered”

Penny Chambers has been working as a Paralegal Specialist at the Office of Chief Counsel at the John F. Kennedy Space Center since 1994. Penny obtained her ACP credentials in 2008 and her FCP in 2010.

Penny enjoys spending time with her family, camping, and riding her bike. 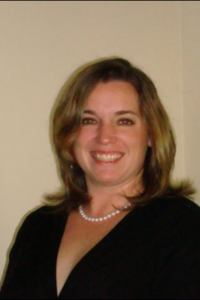 Karen attended Eastern Florida State College where she obtained her A.S. in Paralegal Studies in December, 2013. Since her graduation, she has been working in the fields of Estate Planning and Guardianship, and in August, 2015 she obtained her Certified Paralegal and Florida Registered Paralegal designations. Karen is currently working at Krasny and Dettmer in Melbourne, Florida as their Guardianship paralegal.

Karen is married and has two teenage daughters. She enjoys spending time with her family and friends, and often heads to a local brewery on the weekend to unwind.